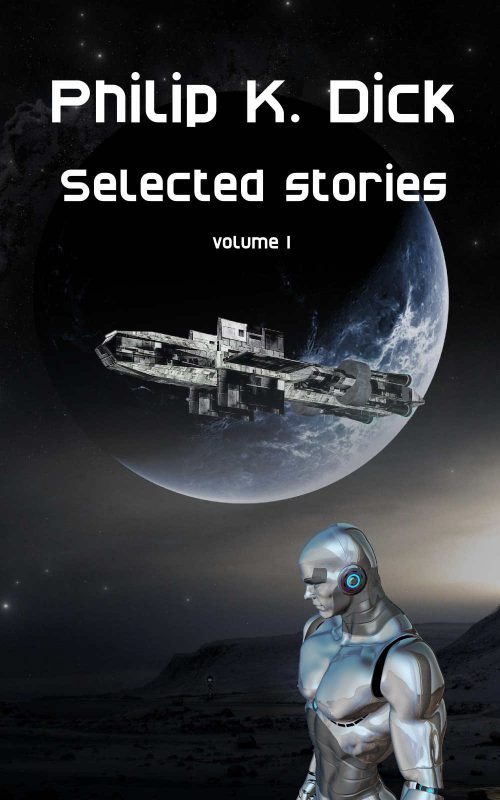 1- Beyond Lies the Wub is a science fiction short story. Originally appearing in Planet Stories in July 1952. It was first collected in The Preserving Machine in 1969, and was included in The Best of Philip K. Dick in 1977. It was the title story for the first volume of the original edition of Dick’s collected stories.

Peterson, a crew member of a spaceship loading up with food animals on Mars, buys an enormous pig-like creature known as a “wub” from a native just before departure. Franco, his captain, is worried about the extra weight but seems more concerned about its taste, as his ship is short of food. However, after takeoff, the crew realizes that the wub is a very intelligent creature, capable of telepathy and maybe even mind control…

2- The Gun is a science fiction short story. First published in 1952 September issue of Planet Stories, and later published in Beyond Lies the Wub in 1984.

The plot centers around a group of space explorers who investigate a planet which appears deserted. However, they are shot down and crash land on the planet. While repairing their ship, a team of explorers sets to survey the surrounding area, where they discover the ruins of an ancient city. Upon further investigation, it is revealed that the gun which shot them down is in the city, and is programmed to shoot anything down which enters the airspace above the city. They examine the gun and discover that it is protecting a tomb directly underneath it …

3- The Skull is a science fiction short story first published in 1952 in If, and later in The Collected Stories of Philip K. Dick. It has since been republished several times, including in Beyond Lies the Wub in 1988.

Conger, the protagonist, is given a chance to get out of jail if he agrees to travel back in time and kill a man. Conger’s target appeared in 1960 in a small town and spawned a new religious movement which radically changed the world over the next few hundred years. Conger is given a skull from which he can identify the man, and is sent back in time in a capsule. As Conger prepares for the man’s arrival, he discovers that the skull is his own, and he is the man who will change the world …

4- The Defenders is a 1953 science fiction novelette. The story was first published in the January 1953 issue of Galaxy Science Fiction.

Eight years ago a nuclear war began between the United States and the Soviet Union. American survivors evacuated to gigantic bunkers miles under ground. Sophisticated, radioactivity-immune robots called “leadys” continue fighting the war on the devastated surface that is too dangerous for humans. The Soviets have similarly evacuated underground.
Commander Franks of Internal Security questioned a near-human leady about the conditions on the surface. The odd part of the discussion is that while the leaders want greater access to the surface to study the conditions, the leady strongly resists any suggestion that humans go the surface. Also strange, the leady showed no signs of radioactivity. Franks decide that they will send a team to investigate the surface conditions directly….

5- Mr. Spaceship is a science fiction short story first published in 1953 in Imagination in January 1953, and later in The Collected Stories of Philip K. Dick. It has since been republished several times, including in Beyond Lies the Wub in 1988.

The story is set in the distant future, where humanity is at war with “Yuks”, an alien life form which does not use mechanical spaceships nor constructions. Instead, it relies on life forms. The war has been going on for a long time, and humanity has not been able to come up with a solution against the life-form based ships and mines that the Yuks use. One day, a team of researchers decide to build a spaceship which is powered by a human brain. They find the ideal candidate …

6- Piper in the Woods is a science fiction short story first published in 1953 in Imagination, and later in The Collected Stories of Philip K. Dick. It has since been republished several times, including in Beyond Lies the Wub in 1988.

Henry Harris, an army doctor at a garrison on Earth is puzzled by a case of a soldier who returns from the asteroid Y-3, and claims that he’s a plant. When several more men return from Y-3, each thinking they’re a plant, Harris travels to the asteroid to solve the puzzle….

7- Second Variety is a science fiction novelette first published in Space Science Fiction magazine, in May 1953. Set in a world where war between the Soviet Union and United Nations has reduced most of the world to a barren wasteland, the story concerns the discovery, by the few remaining soldiers left, that self-replicating robots originally built to assassinate Soviet agents have gained sentience and are now plotting against both sides. It is one of many stories by Dick to examine the implications of nuclear war, particularly after it has destroyed much or all of the planet.

Buy the book on Lulu

Buy the eBook on Lulu 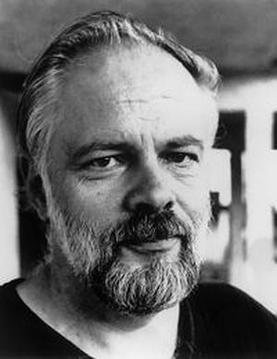 Philip Kindred Dick (December 16, 1928 – March 2, 1982) was an American writer known for his work in science fiction. His work explored philosophical, social, and political themes, with stories dominated by monopolistic corporations, alternative universes, authoritarian governments, and altered states of consciousness. His writing also reflected his interest in metaphysics and theology, and often drew upon his life experiences, addressing the nature of reality, identity, drug abuse, schizophrenia, and transcendental experiences. Dick produced 44 published novels and approximately 121 short stories, most of which appeared in science fiction magazines during his lifetime.

Born in Chicago, Dick moved to the San Francisco Bay Area with his family at a young age. He began publishing science fiction stories in 1951, at the age of 22. His stories initially found little commercial success, but his 1962 alternative history novel The Man in the High Castle earned Dick early acclaim, including a Hugo Award for Best Novel. He followed with science fiction novels such as Do Androids Dream of Electric Sheep? (1968) and Ubik (1969). His 1974 novel Flow My Tears, the Policeman Said won the John W. Campbell Memorial Award for Best Science Fiction Novel. Following a series of paranormal experiences in February 1974, Dick's work engaged more explicitly with issues of theology, philosophy, and the nature of reality, as in novels A Scanner Darkly (1977) and VALIS (1981). A collection of his nonfiction writing on these themes was published posthumously as The Exegesis of Philip K. Dick (2011). He died in 1982 in Santa Ana, California, at the age of 53, due to complications from a stroke.

In 2005, Time magazine named Ubik (1969) one of the hundred greatest English-language novels published since 1923. In 2007, Dick became the first science fiction writer ever to be included in The Library of America series.